Well, Hello There! I know it hasn’t been THAT long, but it feels like it has. I’ve been trying to focus on other things, while not losing my mind from my 9-5. I’ve had some interesting things come up since I last published a blog post on here. So, I thought I would do a little April recap for you.

It has been a very emotional month or so for me. I feel a shift happening with several things and people in my life. Thank God for Therapy, though, because it’s been helping me figure out the best way to handle this “transition”. This may have to be the selfish chapter in my life, but I’ll let ya’ll know how what works out lol 🙂

*And I think I figured out how to get my website’s back end running better so that I can post more often, like before.

To kick off the month of April for me, I attended my first real concert, that I was actually excited for, in 2 years. I went to Houston, Tx to see Woosung and Epik High. The trip didn’t really go like I expected, but that’s because I didn’t really plan every detail like I normally try to do. And I try to be considerate of who I have with me for these road trips. I was also supposed to do a Vlog but ended up scrapping the videos I did record.

That Saturday for the show, so many things felt great and had me feeling super confident and excited. I loved the outfit I put together, enjoyed hanging out in line outside and meeting new people, and the concert was AMAZING!! It was my first-time seeing Woosung and Epik High live like that, and they did not disappoint. I did manage to get some pretty good videos too.

As much as I told myself that all these PTD shows were basically the same format as all the others, I still bought an online streaming pass for BTS’ PTD Live in Las Vegas. It’s always so good to see them and see if there are any new, fun outfit changes. Plus, their shenanigans do vary from show to show LOL. One thing that really stood out to me, though, was when V asked for the guys in the audience to “make some noise” and they erupted, surprising the members 🙂 (Gotta love the Fanboys!)

We also got new of a comeback in June, so prepare for the craziness lol 🙂

This probably had me the most excited. My ultimate Favs Monsta X dropped new album called Shape of Love and had their FanCon to celebrate another year of being a group with their precious fans. I am working on a separate post for all of this, but I still wanted to at least mention it. This era is definitely something new from them, from the new music to the sexier looks for their FanCon; I am super excited for their tour! (I’ll be seeing them in June so let the countdown begin!! *screams internally*) 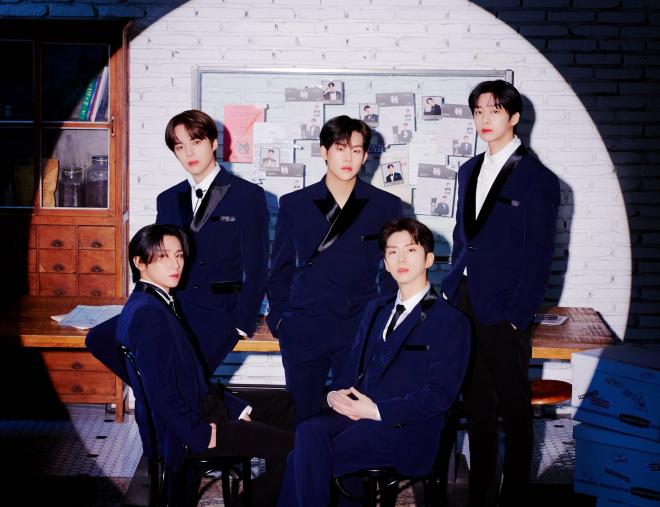 I was approached by some fellow creators to kind of collaborate with them on their platforms. It’s still new and I’m waiting to see where things go, so I don’t want to say too much right now. Writing for my platforms and writing for other platforms or publications is a lot. Things are different and there’s a process to it all that is different from mine.

And with the little break that I had from this blog, while figuring out how to contribute for other platforms, has made me think about a lot. I listen to certain music these days for a reason. We have enough negative things happening in the world without having to listen to the same songs about sex, disrespecting women, drugs, etc… But I’ll leave that alone for now, and maybe I’ll go into that more in another post.

May 3, 2022
General No comments Mimi
← Permission to Dance Live in Seoul… BTS is Home! Monsta X Shows Love for Fans with Shape of Love! →